It is with a heavy heart that we announce the retirement of our co-founder and CTO Ron Reedy. Not only is Ron one of Peregrine’s co-founders, but he, along with Mark Burgener and Rory Moore, embarked on a dream over 25 years ago that would lead Peregrine to be an industry game changer. Thanks to that dream, Peregrine can today claim to be the founders of RF SOI and the inventors of the UltraCMOS® technology platform—a technology that solves the world’s toughest RF challenges.

Ron Reedy is one of the true visionaries in this industry. A self-proclaimed CMOS-aholic, he recognized the capabilities of CMOS SOI early on and knew that CMOS/SOI could do all the RF functions in a single technology and achieve true integration. Ron was right, and it is his vision and passion that led Peregrine to commercialize and advance RF SOI. In 2011, the engineering community recognized this contribution when Ron and co-founder Mark Burgener were honored with the IEEE Daniel E. Noble Award for Emerging Technologies.

To celebrate Ron’s contributions, Peregrine held a couple of events—a luncheon and a 5k run. On Friday, January 23, Peregrine employees gathered for a ceremony and luncheon that celebrated “The Magic of Ron Reedy.” This ceremony included entertainment by Asian Scottish magician and former America’s Got Talent contestant Naathan Phan, speeches by Peregrine’s CEO Jim Cable and Ron and concluded with a presidential citation by IEEE USA President Jim Jefferies. Peregrine continued the festivities with a surprise 5k run on Tuesday, January 27. An avid runner, Ron was joined by over 50 employees on a special lunchtime run.

So what’s next for Ron? He will forever hold the position of Peregrine’s CTO emeritus and will still be involved in select activities. As he said during the celebration, “Peregrine will always be in my blood.”

Thank you Ron for your contribution to Peregrine, the business community and to the field of electrical engineering. 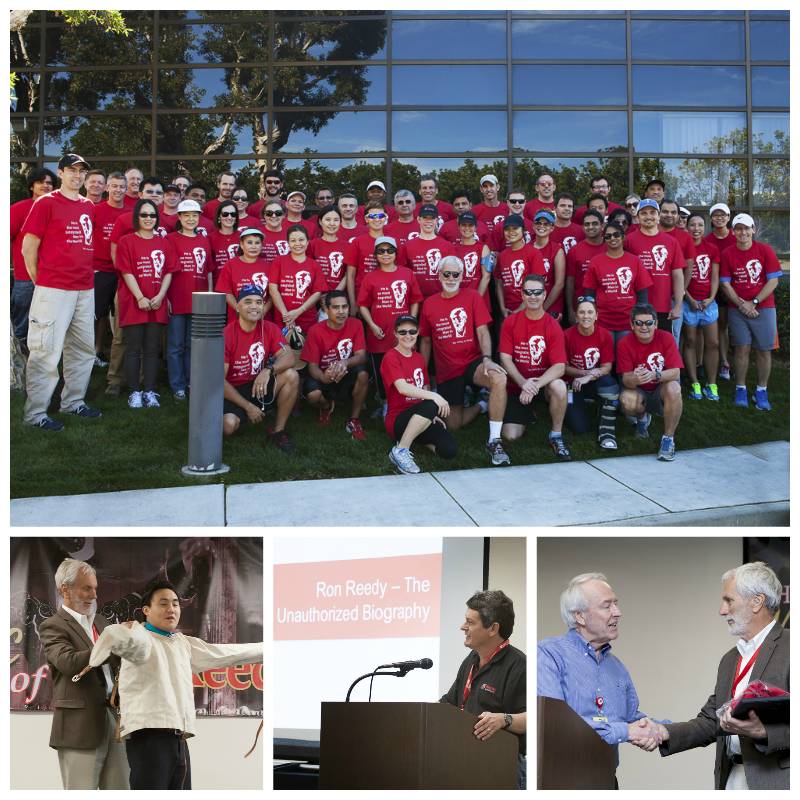